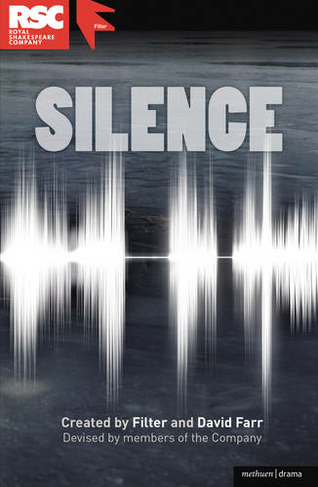 Left alone in an unfamiliar land, Kate struggles to silence the noises inside her head and begins to question her own sanity. In London, Michael listens carefully to a conversation recorded twenty years ago. Can he hear a third silent person on the tape? In a small Russian town, Irina searches desperately for her missing friend, piecing together fragments from his life. From urban noise to rural emptiness, through rationalism to spirituality, from Russia to the UK, Silence is the latest collaboration between the celebrated theatre company Filter and RSC Associate Director David Farr. Silence premiered at Hampstead Theatre, London, on 12 May 2011, produced by the Royal Shakespeare Company.

Founded in 2001 by actors Oliver Dimsdale and Ferdy Roberts and musician Tim Phillips, Filter is a company that brings together actors, musicians, technicians, designers, writers and directors to create new works of original theatre as well as thrilling incarnations of existing texts, resulting in a platform for some of the most exciting theatre work around. Filter's highly acclaimed productions include Faster (BAC/tour), Woyzeck (NT Studio/Lyric Hammersmith), The Caucasian Chalk Circle (NT), Twelfth Night (RSC) and Three Sisters (Lyric Hammersmith).From 2005 to 2008, David Farr was the Artistic Director of the Lyric Theatre, Hammersmith. He was joint Artistic Director of Bristol Old Vic from 2002 to 2005 and Artistic Director of the Gate Theatre, London, from 1995 to 1998. He has also directed at the National Theatre, the Young Vic and the National Theatre of Czech Republic.