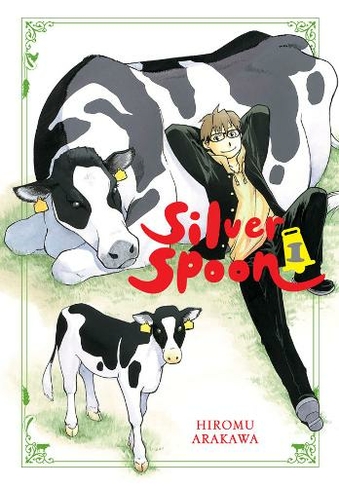 Time for a change of pace. Yuugo Hachiken flees the hustle and bustle of city life to enroll at Oezo Agricultural High School. At first he's just trying to outrun his problems, but instead he finds a place for himself in this quaint rural community. Between the classrooms and cowpatties, the boy becomes a man.

Acclaimed author and artist Hiromu Arakawa won acclaim for the hit manga sensation Fullmetal Alchemist which was honored with the Tezuka Osamu Cultural Award 2011 for her innovation. The series went on to spawn two anime adaptations and a blockbuster live action film. Her lastest work, Silver Spoon, is equally beloved, the first volume earning a starred review in Publisher's Weekly in the U.S.