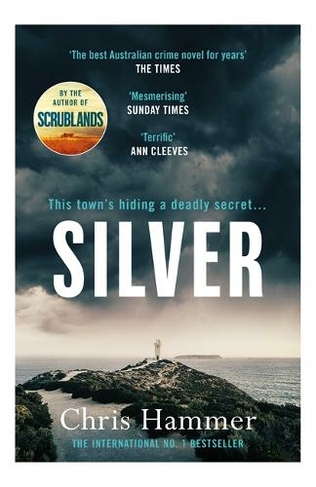 The superb new novel from the international No.1 bestselling author of Scrublands. 'Vivid and mesmerising' Sunday Times 'Hammer is a great writer - a leader in Australian noir' Michael Connelly, bestselling author of Dark Sacred Night A HOMECOMING MARRED BY BLOOD Journalist Martin Scarsden returns to Port Silver to make a fresh start with his partner Mandy. But he arrives to find his childhood friend murdered - and Mandy is the prime suspect. Desperate to clear her name, Martin goes searching for the truth. A TERRIBLE CRIME The media descends on the coastal town, compelled by a story that has it all: sex, drugs, celebrity, and religion. Martin is chasing the biggest scoop of his career, and the most personal. A PAST HE CAN'T ESCAPE As Martin draws closer to a killer, the secrets of his traumatic childhood come to the surface, and he must decide what is more important - the story or his family... * Praise for award-winning author CHRIS HAMMER: 'Shimmers . . . A tortured tale of blood and loss' VAL MCDERMID 'Stunning . . . a page-turner that stays long in the memory' SUNDAY TIMES 'An almost perfect crime novel ... Intelligent, thought-provoking, great narrative energy' ANN CLEEVES 'Compelling, original and brilliantly executed - an excellent thriller from a new master of Australian noir' CHARLES CUMMING 'Tense, heart-squeezing and absolutely addictive - Silver is one to read again and again' GYTHA LODGE, bestselling author of She Lies in Wait 'With their small-town Australian setting, brilliantly complex plots involving corruption and cruelty, Chris hammer's crime novels are as compelling as they are topical. Alongside Jane Harper, he is in the vanguard of Australian noir' Amanda Craig, author of The Lie of the Land

Chris Hammer was a journalist for more than thirty years, dividing his career between covering Australian federal politics and international affairs. For many years he was a roving foreign correspondent for SBS TV's flagship current affairs program Dateline. He has reported from more than thirty countries on six continents.Chris's non-fiction book, The River, published in 2010 to critical acclaim, was the recipient of the ACT Book of the Year Award and was shortlisted for the Walkley Book Award. Scrublands, his first novel, was published in 2018 and won the CWA John Creasey Debut Dagger Award, as well as being shortlisted for Best Debut Fiction at the Indie Book Awards, and Best General Fiction at the ABIA Awards. It has also been longlisted for the Ned Kelly Best Crime Novel of the Year. Scrublands was optioned for television by Easy Tiger (a FremantleMedia company).Chris has a bachelor's degree in journalism from Charles Sturt University and a master's degree in international relations from the Australian National University. He lives in Canberra with his wife, Dr Tomoko Akami. The couple have two children.