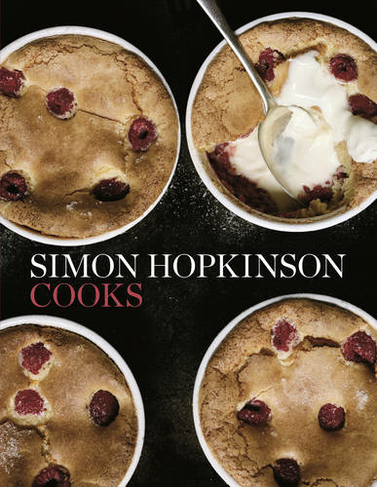 Simon is a man who has dedicated his life to searching out the very best recipes. In Simon Hopkinson Cooks, he has created 12 menus offering dishes that not only taste good, but also complement each other perfectly. For Simon, cooking is about care, precision and love, and combining his professional skills with his understanding of home cooking, once again, he has created delicious recipes you will enjoy making - and eating. From the author of the number 1 best-selling book, The Good Cook, here are some more seriously good recipes.

Born in Bury, Lancashire, Simon Hopkinson left school at 17 to begin a career as a chef. He opened his first restaurant, the Shed, near Fishguard, just before his 21st birthday. In 1983 he launched himself on the London restaurant scene, becoming chef at Hilaire in the Old Brompton Road. He swiftly found himself one of the most acclaimed young chefs in the business and his friendship with Terence Conran led to the opening of Bibendum in the restored Michelin building in 1987. He retired as a full-time chef in 1995 to concentrate more on writing. As well as Roast Chicken and Other Stories and Second Helpings of Roast Chicken, his books include Gammon & Spinach, The Prawn Cocktail Years (written jointly with Lindsey Bareham), Week In, Week Out and The Vegetarian Option. The Good Cook won the Food and Drink Book of the Year in 2011 and he has also won the Andre Simon award, and the Glenfiddich Award three times. Simon's new tv series, Simon Hopkinson Cooks, will be broadcast on More 4 in June 2013.