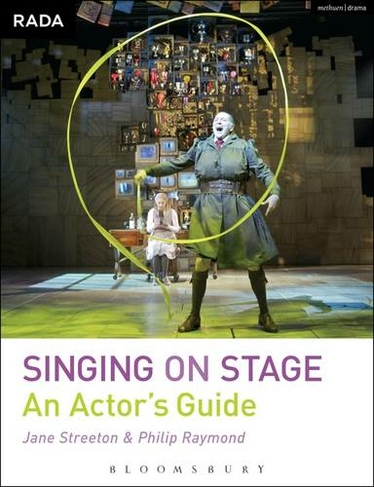 Singing on Stage An Actor's Guide

Singing on stage can be a daunting prospect for actors, particularly for those who have not sung before. Yet singing should be an essential part of every actor's toolkit. Singing on Stage: An Actor's Guide gives an insight for the first time into the vocal techniques and practical approaches that have been developed over generations as an integral part of the training at the Royal Academy of Dramatic Art. Jane Streeton and Philip Raymond are highly experienced performers and teachers; their book encourages each actor to explore their own authentic voice as opposed to offering a 'one-size-fits-all' or 'quick-fix' approach. Written in an accessible, friendly and enabling style, Singing on Stage: An Actor's Guide is packed with exercises to develop the actor's skills and gives an overview of: * elements of technique * how to work on a song * the process of singing theatrically * how to choose the best songs for you Featuring inspirational listening suggestions and the observations of successful performers and practitioners, Singing on Stage: An Actor's Guide is the must-have companion for complete beginners as well as for experienced actors who wish to develop their understanding of singing on stage. 25 halftone illus

Jane Streeton studied at the Royal College of Music and is a soprano soloist in opera and concert internationally. Jane has worked as singing coach and vocal adviser for film and with the BBC, in West End Musicals, at the RSC, the National Theatre and Shakespeare's Globe. She is Co-ordinator of the Singing Team and Course Leader for the Musical Theatre Short Courses at RADA. Philip Raymond studied at the Royal College of Music. He has been a tenor soloist in recital, oratorio and opera in the UK and abroad. He was Head of Music at the Webber Douglas Academy of Dramatic Art and currently teaches singing on the BA, MA Theatre Lab and Foundation Courses at RADA.