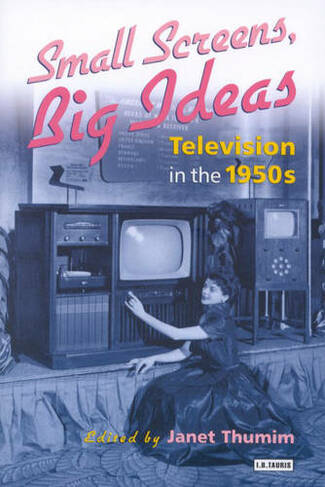 Small Screens, Big Ideas brings together specially commissioned writings from British and American contributors to explore themes of diversity in the formative period of the 1950s. With radical changes taking place in terrestrial television, this is a timely moment to revisit the decade when television's very novelty was its most striking feature. Discussing television's role in the construction of national and gender identities and its relation to other media such as theatre, film, and radio, this fresh exploration is based on detailed case-studies of this complex era. 20 b&w illustrations

Janet Thumin is Head of the University of Bristol Department of Drama, where she teaches film and television.