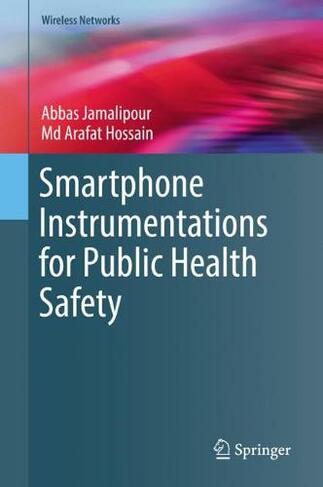 A significant and convenient approach to detection and analysis of biological, environmental and agricultural items is the harnessing of features in widely available smartphones to create field-deployable scientific instruments, allowing measurements to be made onsite and in real-time. This book will cover a number of self-contained smartphone instruments with the particular focus on spectroscopic-based measurements. Measurement and analysis on precision of such low-cost instrumentations are provided to compare with more expensive commercial equipment. This book also discusses some limitations, possible recommendations and scopes for further instrumentations using smartphones and other smart devices. Particularly, the opportunity to integrate the devices into the global Internet-of-Things (IoT) platform will be discussed. Researchers and instrumentation designers in optical and photonic sensing, smart and IoT-based sensing, biological and environmental analysts, agricultural, and food quality researchers (and public health authorities) will find this book useful as reference. Students in science and engineering disciplines for teaching and educational purposes will also find this book useful as a secondary textbook. 57 Illustrations, black and white; XIV, 98 p. 57 illus.

Abbas Jamalipour is the Professor of Ubiquitous Mobile Networking at the University of Sydney, Australia, and holds a PhD in Electrical Engineering from Nagoya University, Japan. He is a Fellow of the Institute of Electrical and Electronics Engineers (IEEE), the Institute of Electrical, Information, and Communication Engineers (IEICE), and the Institution of Engineers Australia; also an ACM Professional Member and an IEEE Distinguished Lecturer. He has authored nine technical books, eleven book chapters, over 450 technical papers, and five patents, all in the area of wireless and mobile communications. Dr. Jamalipour is an elected member of the Board of Governors, Executive Vice-President, Chair of Fellow Evaluation Committee, and the Editor-in-Chief of the Mobile World, of IEEE Vehicular Technology Society. He was the Editor-in-Chief IEEE Wireless Communications, Vice President-Conferences and a member of Board of Governors of the IEEE Communications Society, and has been an editor for several journals. He has been a General Chair or Technical Program Chair for a number of conferences, including IEEE ICC, GLOBECOM, WCNC and PIMRC. He is the recipient of a number of prestigious awards such as the 2016 IEEE ComSoc Distinguished Technical Achievement Award in Communications Switching and Routing, 2010 IEEE ComSoc Harold Sobol Award, the 2006 IEEE ComSoc Best Tutorial Paper Award, as well as 15 Best Paper Awards.Md Arafat Hossain is a '2017 Endeavour Research Fellow' of The University of Sydney and currently serving as an Assistant Professor of the Department of Electrical and Electronic Engineering (EEE) of Khulna University of Engineering and Technology (KUET). He received a PhD on smart sensing and instrumentation from the School of Electrical and Information Engineering of The University of Sydney. His research focuses on harnessing smart device technologies including smartphone towards the development of low-cost scientific instruments for public health sensing and many industrial characterizations by optical sensing. Among his several research outcomes, smartphone spectrometers and smartphone laser beam profiler are well-known. He is also one of the key members of the design and fabrication team at interdisciplinary Photonics Laboratories (iPL) which generated the world's first optical fiber from a desktop 3D printer. He received the Hitachi Social Innovation Award on Smart Agriculture, ResMed Award on Biomedical Engineering and has authored 16 journals and 30 conferences papers, and filed 2 provisional patents in the area of smart sensing and photonics. He is a current member of IEEE and IEB.