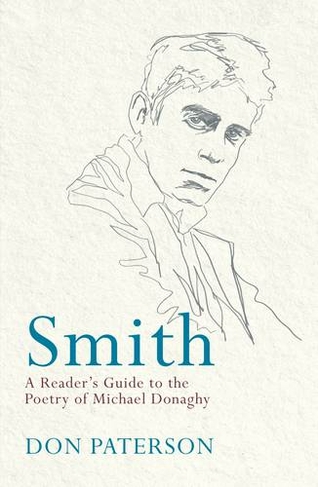 Smith: A Reader's Guide to the Poetry of Michael Donaghy

'Smith': a reader's guide to the poetry of Michael Donaghy is the first substantial critical work to be written on one of the UK's best-loved poets. Donaghy, a hugely popular, influential and much-loved figure in the UK poetry scene, died tragically early at the age of fifty in 2004. In fifty short essays accompanying fifty of Donaghy's best poems, his friend and editor Don Paterson makes the argument for Donaghy to be recognised as one of the greatest poets of recent years, and author of some of the most powerful, complex, moving and memorable poems to have been written in our lifetime. Unusually for a work of criticism, his commentary combines sharp and witty analysis of Donaghy's poems with biographical sketch and personal reminiscence, setting Donaghy's work in both a literary and a human context. This book coincides with the tenth anniversary of Donaghy's death, and the publication of the new paperback edition of his Collected Poems.

Michael Donaghy was born to Irish parents, and grew up amongst the Irish community in the Bronx, New York. He studied at Fordham, and began a PhD at the University of Chicago. Becoming dismayed with academia (of his experiences at the time, he wrote 'gradually I became aware that professing English because I loved poems was like practising vivisection because I loved dogs'), he dropped out of the PhD program to pursue a career in writing and in traditional Irish music. In Chicago he met his future partner, Maddy Paxman, and joined her in London in the mid-1980s. Here he spent the rest of his life, writing, teaching and playing music. In September 2004, Donaghy died of a brain haemorrhage. He was fifty years old. At the time of his death he had long been in the front rank of British poets, a hugely popular performer (who would always recite entirely form memory), and an influential teacher. Donaghy published only three volumes of poetry in his lifetime: Shibboleth (1988), Errata (1993) and Conjure (2000). Safest, his final collection, was published posthumously in 2005. The paperback edition of his Collected Poems, including some previously unseen work, will be published in October 2014.