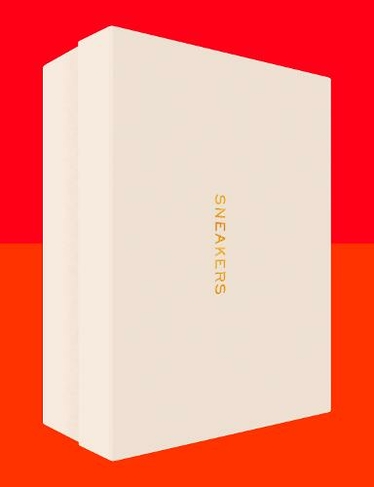 An absolute necessity for design devotees and sneakerheads of all ages. Sneakers is a definitive exploration of the creative energy, innovation, collaboration, and visionary intelligence behind the cultural phenomenon of sneakers. This beautifully illustrated book features over 300 pages of photos and interviews with industry gurus, sports legends and celebrities in a stunning package created by celebrated designer Rodrigo Corral. The book's carefully curated list of participants takes readers to the centre of the action. Jim Riswold dishes on making commercials with Michael Jordan. Adidas's Rachel Muscat and Jon Wexler get philosophical about their star collaborator, Kanye West. Nike's legendary Tinker Hatfield takes a glimpse into the future. Professional tennis player Serena Williams shares an exclusive reveal. And much, much more. Sneakers is an absolute must-have for sneaker lovers and anyone who is interested in design, creative process, street culture, branding, entrepreneurship, art and fashion.

For over a decade, Howie Kahn and Alex French have been reporting on culture, style, sports, technology and business for publications like The New York Times Magazine, WSJ, The Wall Street Journal Magazine, GQ, and Wired. Their work has appeared in dozens of publications, worldwide. Rodrigo Corral has created some of the most iconic visuals in publishing, partnering with talent such as Junot Diaz, Jay-Z, Deepak and Sanjiv Chopra, Chuck Palahniuk, Tory Burch, Gianna Angelopoulos, Gary Shteyngart, Mary Kate and Ashley Olsen, and organizations such as the Criterion Collection, New York Magazine and The New York Times. In addition to running the Rodrigo Corral studio, he is also the Creative Director for Farrar, Straus & Giroux and Creative Director at Large for New Directions.