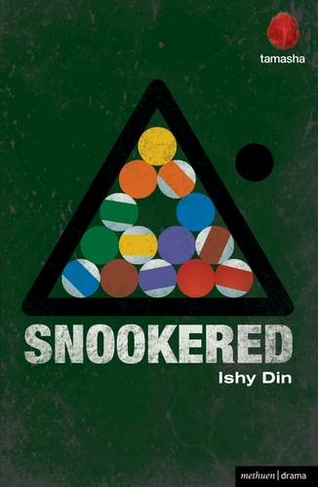 Snookered probes into the lives of young Muslim men and their fragile masculinity, burdened by cultural expectations yet charged with personal dreams. In a volatile political climate, Ishy Din opens a timely window into a strand of British Muslim life that often remains unseen. The plot follows four friends who, every year, meet on the anniversary of their mate's death for a game of pool and a few drinks. As they excavate the past and measure their own lives, secrets are revealed and allegiances shift as quickly as the drinks are downed. Can they put to rest their guilt over the untimely death of their friend? And will their friendship survive the final betrayal? One of the very few plays written both by and about British Muslims, Snookered explores their camaraderie, life decisions, and their self identity within their close-knit Muslim community of extended families and network of friends. The sharp, pace-filled dialogue captures the Punjabi-English urban patois that is currently developing in northern towns but is rarely seen onstage. The result is that the characters are both alive and relevant, and moments of sharp wit collide with emotionally searing exchanges. Developed by the theatre company Tamasha, whose manifesto is to explore British Asian perspectives and identities, Snookered is unafraid to feature difficult and significant themes such as religion, drug addiction, misogyny, poverty and racism. Against this backdrop, Snookered is first and foremost a psychologically detailed but razor-sharp depiction of young men finding their paths in life, whilst navigating what it means to be young, British and Muslim.

Ishy Din is a taxi-driver from Middlesborough, whose script John Barnes Saved My Life was shortlisted as part of Radio 5 Live's Sports Shorts competition and aired in 2004. He was then commissioned to write a piece for the BBC Brief Encounters series, has written for BBC Radio Newcastle, and came second in the British Asian writing competition BANG! in 2007 (Oldham Coliseum Theatre, Tamasha and BBC Writersroom, supported by Media Training North West). He has recently completed Sustenance with Deborah Bruce for New Writing North, with support from the Arts Council and the Peggy Ramsey Foundation, and a short Arvon Foundation writing residency with tutors Simon Stephens and Graham Whybrow. He is currently working on an idea for a new musical called Soul Brother with the support of the Adopt a Playwright scheme (OffWestEnd.com), and is also developing a short film Hijab, and a screenplay called Fraud.