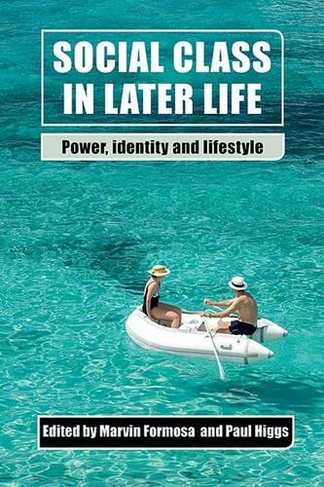 Attention to social class is a major issue confronting the study of ageing in the 21st century, yet it has been significantly overlooked to date. Social class in later life provides the most up-to-date collection of new and emerging research relevant to contemporary debates on the relationship between class, culture, and later life It explores the interface between class dynamics and later life, whilst acting as a critical guide to the ways in which age and class relations 'interlock' and 'intersect' with each other, whilst examining the emergence of new forms of inequalities alongside the interrogation of more traditional divisions. Social class in later life brings together a range of international high profile scholars to develop a more sophisticated, analytical and empirical understanding of class dynamics in later life. It will be of major interest to students and researchers examining the implications of global ageing, and will appeal to scholars concerned with the development of a more critical and engaged gerontology.

Marvin Formosa is Senior Lecturer in Social Gerontology at the University of Malta. He has extensive research experience in critical gerontology and is on the editorial board of the 'International Journal of Education and Ageing'. Paul Higgs is Professor of the Sociology of Ageing at University College London. He has published widely on the changing nature of later life and is a co-editor of the journal 'Social Theory and Health'. Paul is also a fellow of both the Academy of Social Sciences and the Gerontological Society of America.