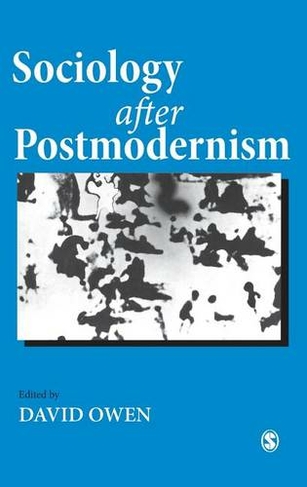 By David Owen (Contributor)
Hardback
https://www.whsmith.co.uk/products/sociology-after-postmodernism/david-owen/hardback/9780803975149-01-000.html £149.00
GBP
Availability
Currently unavailable. We don't know when or if this item will be back in stock
With Free Saver Delivery
Details
FREE SHIPPING over £20 for Saver Delivery
Share

Postmodernism is frequently described as dealing a death-blow to sociology. This book, however, argues that it is a mistake to conceive postmodernism in terms of a fatal attack upon what sociologists do. The contributors locate the identity of sociology `after' postmodernism as a contested site which opens up the possibility of re-imagining the enterprise of sociology. They show how this re-imagination might be conducted and trace some of the key potential consequences.