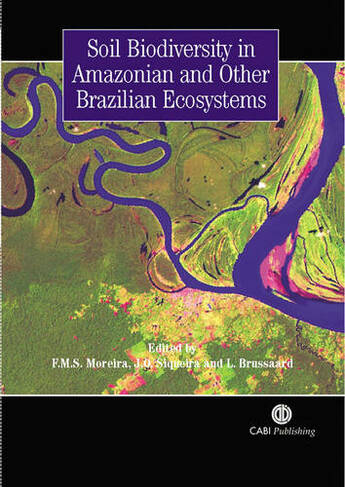 Soil Biodiversity in Amazonian and Other Brazilian Ecosystems

By Fattima Moreira (Contributor), Jose Siqueira (Contributor), Lijbert Brussaard (Contributor)
Hardback
https://www.whsmith.co.uk/products/soil-biodiversity-in-amazonian-and-other-brazilian-ecosystems/fattima-moreira/jose-siqueira/hardback/9781845930325-01-000.html £93.90 rrp £99.90 Save £6.00 (6%)
GBP
Availability
Currently unavailable. We don't know when or if this item will be back in stock
With Free Saver Delivery
Details
FREE SHIPPING over £20 for Saver Delivery
Share

The loss of biological diversity has become an increased concern over recent years and is now enshrined in international conventions. Most biodiversity in fact occurs in the soil. Soil organisms (especially bacteria, fungi and soil invertebrates) play a major role in the formation of soil structure and are primary agents of decomposition and are drivers of nutrient cycling, and hence agricultural production.This book reviews soil biodiversity in one of the key biodiversity hotspots of the world, i.e. the Amazon and nearby regions of Brazil. It covers both the tropical savannah and rain forests . The work reported is based on a project "Conservation and Sustainable Management of Below-Ground Biodiversity", executed by TSBF-CIAT with co-financing from the Global Environment Facility (GEF) and implementation support from the United Nations Environment Programme (UNEP). The book represents a major contribution to the literature and will interest those in biodiversity conservation, soil scienceand ecology and biodiversity conservation.