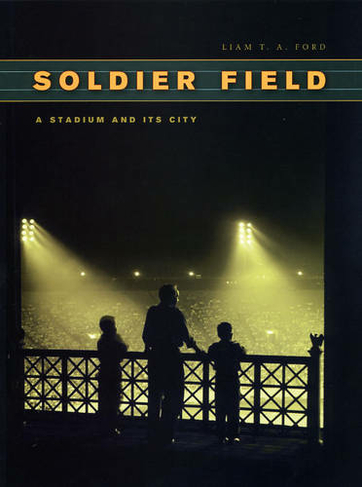 Soldier Field A Stadium and Its City

Sports fans nationwide know Soldier Field as the home of the Chicago Bears. For decades its signature columns provided an iconic backdrop for gridiron matches, but few realize that the stadium has been much more than that. "Soldier Field: A Stadium and Its City" explores how this amphitheater evolved from a public war memorial into a majestic arena that helped define Chicago. "Chicago Tribune" staff writer Liam T. A. Ford led the reporting on the stadium's controversial 2003 renovation - and simultaneously found himself unearthing a dramatic history. As he tells it, the tale of Soldier Field truly is the story of Chicago, filled with political intrigue and civic pride. Designed by Holabird and Roche, Soldier Field arose through a serendipitous combination of local tax dollars, City Beautiful boosterism, and the machinations of Mayor 'Big Bill' Thompson. The result was a stadium that stood at the center of Chicago's political, cultural, and sporting life for nearly sixty years before the arrival of Walter Payton and William 'The Refrigerator' Perry. Ford describes it all in the voice of a seasoned reporter: the high school football games, track and field contests, rodeos, and even NASCAR races. Photographs, including many from the Chicago Park District's own collections, capture these remarkable scenes: the swelling crowds at ethnic festivals, Catholic masses, and political rallies. Few remember that Soldier Field hosted Billy Graham and Martin Luther King Jr., Judy Garland and Johnny Cash - as well as the Grateful Dead's final show. Now part of the city's bid for the 2016 Olympic Games, Chicago's stadium on the lake continues to make dramatic history. "Soldier Field" captures this history in the making and will captivate armchair historians and sports fans alike. 78 halftones

Liam T. A. Ford is a reporter at the Chicago Tribune.