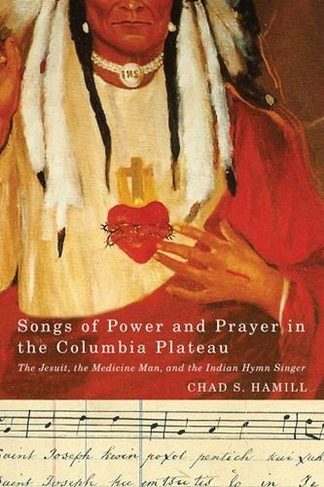 Songs of Power and Prayer in the Columbia Plateau: The Jesuit, the Medicine Man, and the Indian Hymn Singer

By Chad Hamill (Author)
Paperback
https://www.whsmith.co.uk/products/songs-of-power-and-prayer-in-the-columbia-plateau-the-jesuit-the-medicine-man-and-the-indian-hymn-si/chad-hamill/paperback/9780870716751-01-000.html £21.50
GBP
Availability
Currently unavailable. We don't know when or if this item will be back in stock
Share

Songs of Power and Prayer in the Columbia Plateau explores the role of song as a transformative force in the twentieth century, tracing a cultural, spiritual, and musical encounter that upended notions of indigeneity and the rules of engagement for Indians and priests in the Columbia Plateau. In Chad Hamill's narrative, a Jesuit and his two Indian "grandfathers" - one a medicine man, the other a hymn singer - engage in a collective search for the sacred. The priest becomes a student of the medicine man. The medicine man becomes a Catholic. The Indian hymn singer brings indigenous songs to the Catholic mass. Using song as a thread, these men weave together two worlds previously at odds, realizing a promise born two centuries earlier within the prophecies of Circling Raven and Shining Shirt. Songs of Power and Prayer reveals how song can bridge worlds: between the individual and Spirit, the Jesuits and the Indians. Whether sung in an indigenous ceremony or adapted for Catholic Indian services, song abides as a force that strengthens Native identity and acts as a conduit for power and prayer. A First Peoples: New Directions in Indigenous Studies book.

Chad S. Hamill is an assistant professor of ethnomusicology at Northern Arizona University, where he serves as Co-Chair for the Commission for Native Americans. Of Spokane and non-Indian descent, he has also served as Associate Director of the Plateau Center of American Indian Studies at Washington State University.