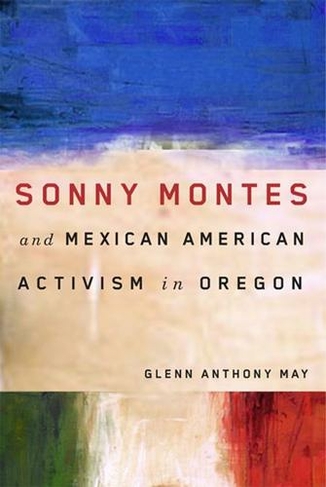 With Sonny Montes and Mexican American Activism in Oregon, Glenn May makes a major contribution to the literature on Oregon and Chicano history. On one level a biography of Oregon's leading Mexican American activist, the book also tells the broader story of the state's Mexican American community during the 1960s and 1970s, a story in which Sonny Montes had an important part. Montes played a key role in the birth of a Chicano Movement in Oregon during the 1970s, a movement that coalesced around the struggle for survival of the Colegio Cesar Chavez, a small college in Mt. Angel, Oregon, with a largely Mexican American student body. Montes led the community in collective action-sit-ins, protest marches, rallies, prayer vigils-always with a consistently high level of Chicano support. The actions received wide media attention, making Sonny Montes a visible public figure. By viewing Mexican American protest between 1965 and 1980 through the prism of social movement theory, May's book deepens our understanding of the Chicano Movement in Oregon and beyond as well as providing a much-needed account of the Mexican American community in Oregon during that time period. Sonny Montes will appeal to readers interested in modern social movements, Mexican American history, and Pacific Northwest history. It is an essential resource for scholars and students in those fields.

Glenn Anthony May is the author of Inventing a Hero: The Posthumous Re-Creation of Andres Bonifacio, a finalist for the Philippine National Book Award; Battle for Batangas: A Philippine Province at War, and A Past Recovered: Essays on Philippine History and Historiography. He is a professor of history at the University of Oregon.