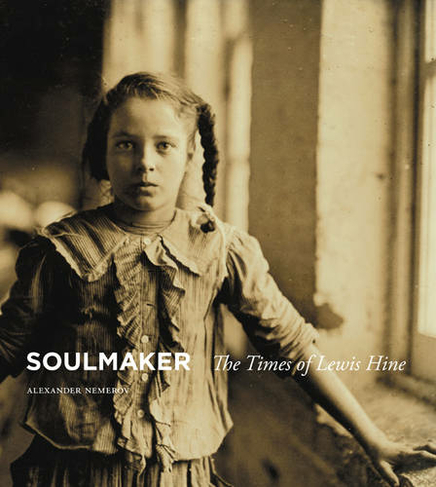 Soulmaker: The Times of Lewis Hine

Between 1908 and 1917, the American photographer and sociologist Lewis Hine (1874-1940) took some of the most memorable pictures of child workers ever made. Traveling around the United States while working for the National Child Labor Committee, he photographed children in textile mills, coal mines, and factories from Vermont and Massachusetts to Georgia, Tennessee, and Missouri. Using his camera as a tool of social activism, Hine had a major influence on the development of documentary photography. But many of his pictures transcend their original purpose. Concentrating on these photographs, Alexander Nemerov reveals the special eeriness of Hine's beautiful and disturbing work as never before. Richly illustrated, the book also includes arresting contemporary photographs by Jason Francisco of the places Hine documented. Soulmaker is a striking new meditation on Hine's photographs. It explores how Hine's children lived in time, even how they might continue to live for all time. Thinking about what the mill would be like after he was gone, after the children were gone, Hine intuited what lives and dies in the second a photograph is made. His photographs seek the beauty, fragility, and terror of moments on earth. 114 color + 10 b/w illus.

Alexander Nemerov is the Carl and Marilynn Thoma Provostial Professor in the Arts and Humanities at Stanford University. His books include Silent Dialogues: Diane Arbus and Howard Nemerov, Wartime Kiss: Visions of the Moment in the 1940s (Princeton), and Acting in the Night: Macbeth and the Places of the Civil War.