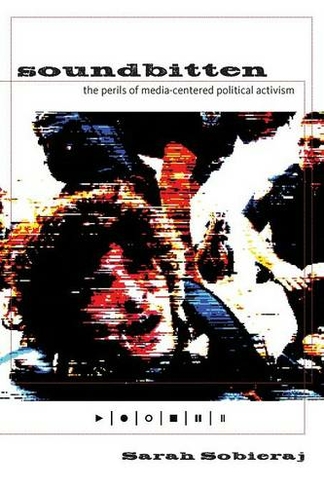 There is an elaborate and often invisible carnival that emerges alongside presidential campaigns as innumerable activist groups attempt to press their issues into mainstream political discourse. Sarah Sobieraj's fascinating ethnographic portrait of fifty diverse organizations over the course of two campaign cycles reveals that while most activist groups equate political success with media success and channel their energies accordingly, their efforts fail to generate news coverage and come with deleterious consequences. Sobieraj shows that activists' impact on public political debates is minimal, and carefully unravels the ways in which their all-consuming media work and unrelenting public relations approach undermine their ability to communicate with pedestrians, comes at the expense of other political activities, and perhaps most perniciously, damages the groups themselves. Weaving together fieldwork, news analysis, and in-depth interviews with activists and journalists, Soundbitten illuminates the relationship between news and activist organizations. This captivating portrait of activism in the United States lays bare the challenges faced by outsiders struggling to be heard in a mass media dominated public sphere that proves exclusionary and shows that media-centrism is not only ineffective, but also damaging to group life. Soundbitten reveals why media-centered activism so often fails, what activist groups lose in the process, and why we should all be concerned.

Sarah Sobieraj is Assistant Professor of Sociology at Tufts University.