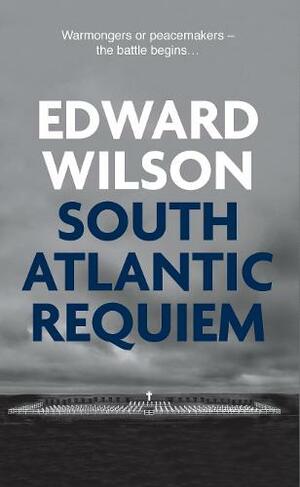 It is 1982 and the British prime minister and the Argentine president are both clinging to power. Owing to budget cuts, senior MI6 spook William Catesby s only agent in South America is young Cambridge student Fiona Stewart who has fallen in love with an Argentine star polo player who also flies Exocet armed aircraft for the military Junta. Downing Street, having ignored alarm bells coming from the South Atlantic, finds itself in a full-blown crisis when Argentina invades the remote and forgotten British territory of the Falklands Islands. Catesby is dispatched urgently to prevent Argentina from obtaining more lethal Exocet missiles by fair means or foul. Cunning, ingenuity and the prospect of murder will become his increasingly desperate modus operandi. Meanwhile, a battle rages behind the scenes as the Foreign Secretary, haunted by his own memories of the horrors of war is pushing for peace, while the Prime Minister, urged on by nationalist glory, is willing to sacrifice lives to win an upcoming election. From Patagonia to Paris, from Chevening to the White House, Catesby plays a deadly game of diplomatic cat and mouse determined to avert the loss of life. The clock is ticking as diplomats and statesmen race for a last-minute settlement while the weapons of war are primed and aimed. Edward Wilson's stunning new spy thriller brilliantly evokes the intricate world of high-stakes espionage with a rare authenticity and deeply-felt sympathy for the human cost and tragedy of conflict.

Edward Wilson is a native of Baltimore. He studied International Relations on a US Army scholarship and later served as a Special Forces officer in Vietnam. He received the Army Commendation Medal with 'V' for his part in rescuing wounded Vietnamese soldiers from a minefield. His other decorations include the Bronze Star and the Combat Infantryman's Badge. After leaving the Army, Wilson became an expatriate and gave up US nationality to become a British citizen. He has also lived and worked in Germany and France, and was a post-graduate student at Edinburgh University. He is the author of seven novels, A River in May, The Envoy, The Darkling Spy, The Midnight Swimmer, A Very British Ending, The Whitehall Mandarin and South Atlantic Requiem, all published by Arcadia Books. The author now lives in Suffolk where he taught English and Modern Languages for thirty years.