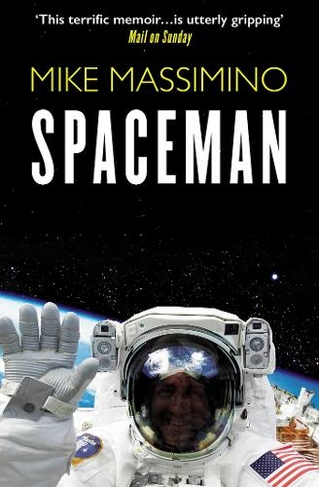 Spaceman: An Astronaut's Unlikely Journey to Unlock the Secrets of the Universe

'This terrific memoir... is utterly gripping' Mail on Sunday 'Read this book and be inspired to reach for the impossible' Brian Greene Many children dream of becoming an astronaut when they grow up, but when a six-year-old Mike Massimino saw Neil Armstrong walk on the moon he knew what he wanted to do when he became an adult. But NASA rejected him; then when he applied again they turned him down because of his poor eyesight. For the next year he trained his eyes to work better and finally, at the third time of asking, NASA accepted him. So began Massimino's 18-year career as an astronaut, and the extraordinary lengths he went to to get accepted was only the beginning. In this awe-inspiring memoir, he reveals the hard work, camaraderie and sheer guts involved in the life of an astronaut; he vividly describes what it is like to strap yourself into the Space Shuttle and blast off into space, or the sensation of walking in space, as he did when he completed a mission to service the Hubble telescope. He also talks movingly about the Columbia tragedy, and how it felt to step into the Space Shuttle again in the aftermath of that disaster. Massimino was inspired by the film The Right Stuff, and this book is not only a tribute to those fellow astronauts he worked with, but also a stunning example of someone who had exactly those attributes himself. 8pp colour photographs EU Toy Safety Directive - No warning

Mike Massimino served as an astronaut for NASA between 1996 and 2014, going on two missions to service the Hubble telescope, spending more than 30 hours on spacewalks. He has appeared as himself on The Big Bang Theory and is now a professor at the University of Columbia. He lives in New York. Tanner Colby is the author and co-author of several books, including the New York Times bestseller The Chris Farley Show. He is a frequent contributor to Slate magazine, and lives in Brooklyn, New York.