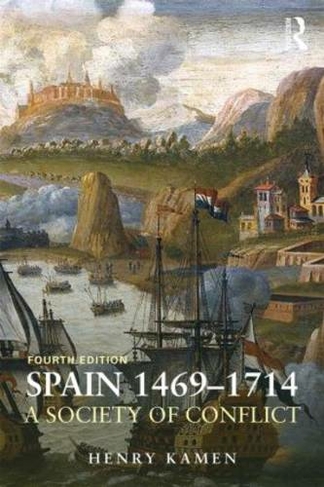 Also available on eBook for £40.79. Click here to purchase from Rakuten Kobo

For nearly two centuries Spain was the world's most influential nation, dominant in Europe and with authority over immense territories in America and the Pacific. Because none of this was achieved by its own economic or military resources, Henry Kamen sets out to explain how it achieved the unexpected status of world power, and examines political events and foreign policy through the reigns of each of the nation's rulers, from Ferdinand and Isabella at the end of the fifteenth century to Philip V in the 1700s. He explores the distinctive features that made up the Spanish experience, from the gold and silver of the New World to the role of the Inquisition and the fate of the Muslim and Jewish minorities. In an entirely re-written text, he also pays careful attention to recent work on art and culture, social development and the role of women, as well as considering the obsession of Spaniards with imperial failure, and their use of the concept of 'decline' to insist on a mythical past of greatness. The essential fragility of Spain's resources, he explains, was the principal reason why it never succeeded in achieving success as an imperial power. This completely updated fourth edition of Henry Kamen's authoritative, accessible survey of Spanish politics and civilisation in the Golden Age of its world experience substantially expands the coverage of themes and takes account of the latest published research. 11 Line drawings, black and white

Henry Kamen obtained his doctorate at Oxford and has been a professor at universities in Britain, Spain and the United States. He is emeritus of the Higher Council for Scientific Research, Spain, and a Fellow of the Royal Historical Society, London. An eminent authority on Spanish history, he has written over twenty studies in the field, including The Spanish Inquisition (new edition, 2014), Philip of Spain (1997), Spain's Road to Empire (2002), and The Escorial (2010).