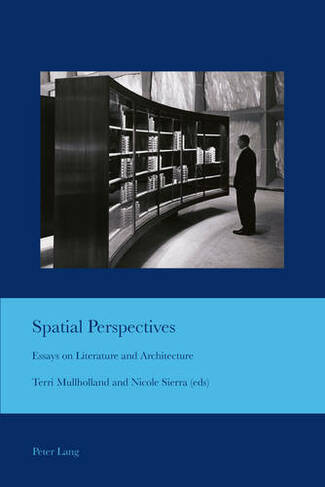 Spatial Perspectives: Essays on Literature and Architecture (Cultural Interactions: Studies in the Relationship between the Arts 37 New edition)

This interdisciplinary collection explores the dynamic relationship between literature and architecture from the mid-nineteenth century to the present. Contributions take the reader on a journey through unexplored byways, from Istanbul to New York to London, from event spaces to domestic interiors to the fictional buildings of the novel. Topics include the building of imaginary spaces, such as the architectural models of comic book worlds created by the cartoonist Seth and the Museum of Innocence by Orhan Pamuk, which is both novel and building. Real architectural spaces are recontextualized through literature: reading the work of Louis Kahn through his personal library and envisioning the writing haven of James Baldwin through his novels. Another approach links literary style with architectural form, as in the work of the New York School poets, who reformulate the built environment on the page. Architectural landmarks like Robert Stevenson's Roundhouse (1847), Joseph Paxton's Crystal Palace for the Great Exhibition and the 2012 Olympic Park are reconsidered as counter-narratives of postcolonialism and empire, and the New York skyline is examined alongside literature and visual culture. This collection demonstrates the reciprocal exchange that exists between the disciplines of literature and architecture and promotes new ways of understanding these interactions.

Terri Mullholland teaches in the Department for Continuing Education at the University of Oxford. Her teaching and research interests are in early twentieth-century women's writing and modernism. She has published articles on Jean Rhys and Dorothy Richardson and her monograph British Boarding Houses in Interwar Women's Literature: Alternative Domestic Spaces is forthcoming. Nicole Sierra is a Leverhulme Early Career Fellow in the Department of English at King's College London, where she teaches twentieth- and twenty-first-century literature and critical theory. She is currently finishing a monograph on architecture, literature and postmodernism and working on a book project on the British-born Surrealist Leonora Carrington.