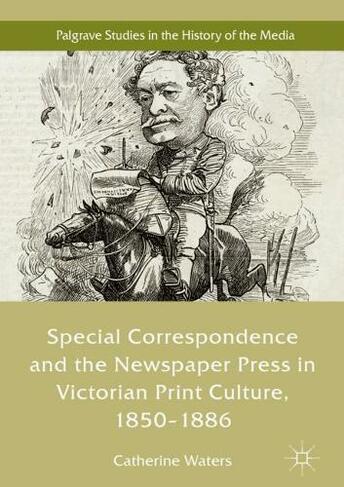 This book analyses the significance of the special correspondent as a new journalistic role in Victorian print culture, within the context of developments in the periodical press, throughout the second half of the nineteenth century. Examining the graphic reportage produced by the first generation of these pioneering journalists, through a series of thematic case studies, it considers individual correspondents and their stories, and the ways in which they contributed to, and were shaped by, the broader media landscape. While commonly associated with the reportage of war, special correspondents were in fact tasked with routinely chronicling all manner of topical events at home and abroad. What distinguished the work of these journalists was their effort to 'picture' the news, to transport readers imaginatively to the events described. While criticised by some for its sensationalism, special correspondence brought the world closer, shrinking space and time, and helping to create our modern news culture. 6 Illustrations, black and white; XI, 236 p. 6 illus.

Catherine Waters is Professor of Victorian Literature and Print Culture at the University of Kent, UK. She is the author of Dickens and the Politics of the Family (1997) and Commodity Culture in Dickens's Household Words: The Social Life of Goods (2008).