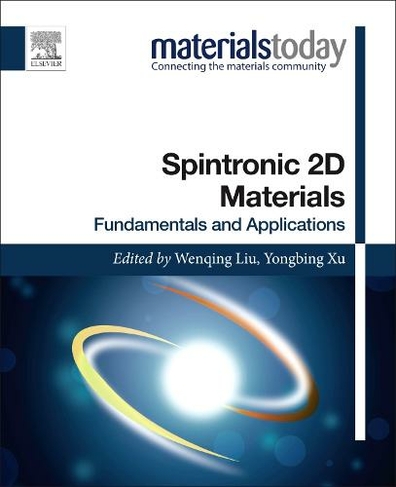 By Wenqing Liu (Contributor), Yongbing Xu (Contributor)
Paperback
https://www.whsmith.co.uk/products/spintronic-2d-materials-fundamentals-and-applications-materials-today/wenqing-liu/yongbing-xu/paperback/9780081021545-12-000.html N/A
GBP
Availability
Currently unavailable. We dont know when or if this item will be back in stock
Free Saver Delivery on orders over £25
Details
FREE SHIPPING over £25 for Saver Delivery
Share

Also available on eBook for £188.75. Click here to purchase from Rakuten Kobo

Spintronic 2D Materials: Fundamentals and Applications provides an overview of the fundamental theory of 2D electronic systems that includes a selection of the most intensively investigated 2D materials. The book tells the story of 2D spintronics in a systematic and comprehensive way, providing the growing community of spintronics researchers with a key reference. Part One addresses the fundamental theoretical aspects of 2D materials and spin transport, while Parts Two through Four explore 2D material systems, including graphene, topological insulators, and transition metal dichalcogenides. Each section discusses properties, key issues and recent developments. In addition, the material growth method (from lab to mass production), device fabrication and characterization techniques are included throughout the book.

Wenqing Liu Research Associate, University of Cambridge, Cambridge, United Kingdom. Her research interest is in the areas of condensed matter physics, spintronics, nanomagnetism, low-dimensional materials and systems. She has published papers in high-impact journals such as Phy. Rev. Lett., Adv. Mater., Nanolett., and ACS Nano, and gave (invited) talks in major conferences and the worldwide universities/research institutes. She is the invited primary author of the book chapters of Springer Reference "Handbook of Spintronics", Taylor & Francis "Skyrmion", the Prog. Mater. Sci. review article "Spintronics Hybrid Materials", the Curr. Opin Solid St. M. review article "Magnetic 2D Systems", and the SPIN review article 'Half-Metallic Metal Oxides" and "Molecular Dynamics Simulation of Iron". She is the PI of UK STFC project 'Enhancing Magnetic Ordering in Cr-Doped Bi2Se3 Using High Tc Ferrimagnetic Insulator', 'Exploring the Abnormal Proximity Effect', and 'Interplay between Superconductivity, Magnetism and Crystallinity'. She is the reviewer of the journals Sci. Rep., App. Phys. Lett., Euro. Phys. Lett., J. App. Phy., Phys. A., J. Alloy. Compd., Mater., SPIN, and Springer etc. and a member of IEEE. She is the recipient of the KM Stott Memorial Prize for Outstanding Scientific Research (2015), York VC's Special Award (2010-2013), Head of Department Award (2010-2013), York External Engagement Award (2015), and Holbeck Grant (2010-2013) Yongbing Xu Chair Professor, The University of York, United Kingdom. Dr. Xu is the Chair Professor in Nanotechnology and heads the Spintronics and Nanodevice Laboratory in the University of York. He is the director of the York University-Nanjing University Joint Center (YNJC) for Spintronics and NanoEngineering, and "Qianren" Professor of Nanjing University and guest professor of several other Chinese universities. His research has been focused on spintronics and magnetic nanostructures, and more recently 2D materials (e.g., Graphene and Topological Insulators) for spintronics. He has published more than 200 refereed papers in leading academic journals including Physical Review Letters, Nature Communications, Scientific Reports, Nano Letter, Advanced Materials, ACS Nano, Applied Physics Letters and IEEE journals and given many invited talks/seminars at major international conferences including MRS, WUNSPIN, ICCE, EMN and Intermag. He is leading the Worldwide University Network (WUN) Grand Challenge Project on Spintronics (30 partners from 12 research leading UK, USA & China universities). Prof. Xu was a member of the NSF panel, the international advisory committee of the EU Warsaw NanoCenter, and the panel member of "The Technology and Innovation Future 2020" of the UK Government Science Office. He has been chair of 4 international spintronics conferences and 2 CMMP and Intermag "Roadmap for Spintronics" symposiums. He is the spintronics section editor of "Current Opinion in Solid State and Materials Science" by Elsevier, the series editor of "Electronic Materials and Devices" by Taylor and Francis/CRC Press, editor of "Handbook of Spintronics" by Springer (top 25%), and edited the very first spintronics book "Spintronic Materials and Technology" by CRC Press. He was winner of the EPSRC Advanced Fellowship award in 2000; and the VC's outstanding achievement award in 2011. He had interviews with BBC News24 and New Scientists on Spintronics.