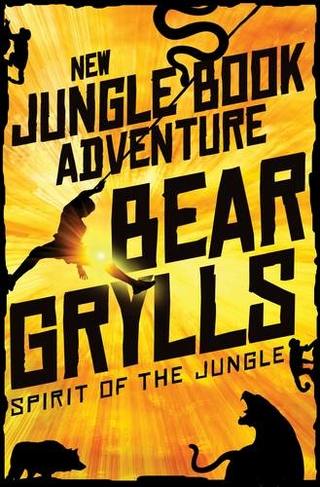 Spirit of the Jungle: (The Jungle Book: New Adventures)

By Bear Grylls (Author)
Paperback
£5.94 rrp £6.99 Save £1.05 (15%)
GBP
Availability
In Stock
Free Delivery Available When You Spend £15 Or More
Details
Spend £15 On Products To Receive Free Standard Delivery To Your Home Or Free Next Day Click and Collect To Stores

Could you survive in the jungle? After being washed away down the Wainganga River during a flash flood, Mak wakes up alone in the Indian jungle. The jungle is full of danger - poisonous snakes, cunning monkeys and desperate poachers - and every step Mak takes might be his last. Mak finds help and friendship from other jungle creatures, but he will need all his skill and luck to survive and make his way back home. Spirit of the Jungle is a heart-stopping contemporary adventure inspired by Rudyard Kipling's classic The Jungle Book, from real-life adventurer Bear Grylls.

Bear Grylls has become known around the world as one of the most recognized faces of survival and outdoor adventure. Trained from an early age in martial arts and taught to climb and sail by his father, Bear went on to spend three years as a soldier in the British Special Forces, serving with 21 SAS, before becoming one of the youngest-ever climbers of Mount Everest.He is also a family man and a number-one bestselling author, with numerous books to his name, including his autobiography, Mud, Sweat and Tears, and the popular Mission Survival series for children. Bear is an honorary Colonel to the Royal Marines Commandos, and the youngest-ever Chief Scout, an inspiration to forty million Scouts worldwide.