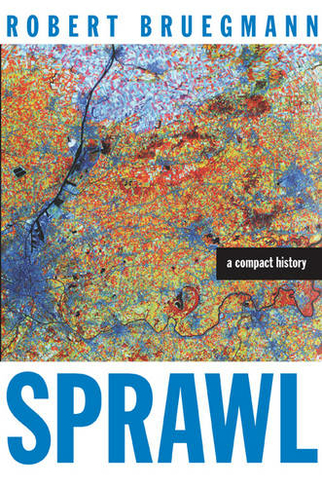 As anyone who has flown into Los Angeles at dusk or Houston at midday knows, urban areas today defy traditional notions of what a city is. Our old definitions of urban, suburban, and rural fail to capture the complexity of these vast regions with their superhighways, subdivisions, industrial areas, office parks, and resort areas pushing far out into the countryside. Detractors call it sprawl and assert that it is economically inefficient, socially inequitable, environmentally irresponsible, and aesthetically ugly. Robert Bruegmann calls it a logical consequence of economic growth and the democratization of society, with benefits that urban planners have failed to recognize. In his incisive history of the expanded city, Bruegmann overturns every assumption we have about sprawl. Taking a long view of urban development, he demonstrates that sprawl is neither recent nor particularly American but as old as cities themselves, just as characteristic of ancient Rome and eighteenth-century Paris as it is of Atlanta or Los Angeles. Nor is sprawl the disaster claimed by many contemporary observers. Although sprawl, like any settlement pattern, has undoubtedly produced problems that must be addressed, it has also provided millions of people with the kinds of mobility, privacy, and choice that were once the exclusive prerogatives of the rich and powerful. The first major book to strip urban sprawl of its pejorative connotations, "Sprawl" offers a completely new vision of the city and its growth. Bruegmann leads readers to the powerful conclusion that "in its immense complexity and constant change, the city - whether dense and concentrated at its core, looser and more sprawling in suburbia, or in the vast tracts of exurban penumbra that extend dozens, even hundreds, of miles - is the grandest and most marvelous work of mankind." 5 maps, tab 22halftones, 3line drawings