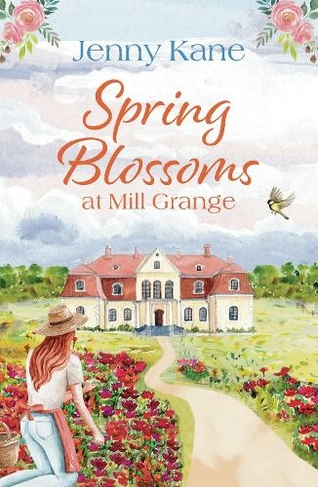 'I am a big fan of Jenny Kane' Katie FfordeWelcome back to Mill Grange in the latest uplifting romance in the bestselling Mill Grange series! Helen Rogers has been lying to herself over her feelings for Tom since the moment they met. And for good reason; not only are they colleagues, working together with the archaeology groups at Mill Grange, but her sabbatical is almost over and she'll soon have to return to Bath. Tom Harris knows he's falling in love with Helen. How could he not? She's smart, kind and great with his son Dylan. But with his ex-wife suddenly offering him a chance to spend more time with Dylan, and the staff of Mill Grange about to host a wedding, everything else has to be put to one side. Even his feelings for a certain archaeologist. As Helen's time at Mill Grange runs short, the two are forced to consider what matters most... *Can be read as a standalone, but best as a part of the wider series: get your hands on Midsummer at Mill Grange to start from book one!*

Jenny Kane is the bestselling author of several romantic fiction series. Her first novel, Another Cup of Coffee (Accent Press), was a Kindle bestseller. The final novel in this series, Another Glass of Champagne, was released in June 2016. Jenny Kane's Cornish romance, Abi's House, hit No.1 in the Amazon Romance, Contemporary Fiction, and Women's Fiction charts, and was followed by a sequel, Abi's Neighbour, Jenny's seventh novel.