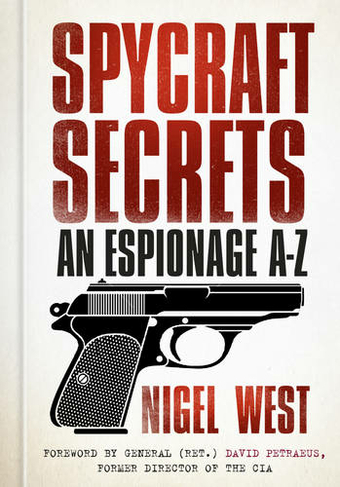 Also available on eBook for £5.27. Click here to purchase from Rakuten Kobo

Tradecraft: as intriguing as it is forbidden . . . Tradecraft is the term applied to techniques used by intelligence personnel to assist them in conducting their operations and, like many other professions, the espionage business has developed its own rich lexicon. In the real, sub rosa world of intelligence-gathering, each bit of jargon acts as a veil of secrecy over particular types of activity, and in this book acclaimed author Nigel West explains and give examples of the lingo in action. He draws on the first-hand experience of defectors to and from the Soviet Union; surveillance operators who kept terrorist suspects under observation in Northern Ireland; case officers who have put their lives at risk by pitching a target in a denied territory; the NOCs who lived under alias to spy abroad; and much more. Turn these pages and be immersed in the real world of James Bond: assets, black operations, double agents, triple agents ... it's all here.

Nigel West has written more than 40 nonfiction books on security and intelligence. He is the author of Double Cross in Cairo, M15 in the Great War, and Operation Garbo: The Personal Story of the Most Successful Spy of World War II. He is the European Editor of the World Intelligence Review, published in Washington, D.C., and he has spent the past 14 years on faculty at the Counterintelligence Centre in Washington, D.C. In 2003 he was awarded the U.S. Association of Former Intelligence Officers' first Lifetime Literature Achievement Award. General (Ret.) David Petraeus is the former director of the CIA.