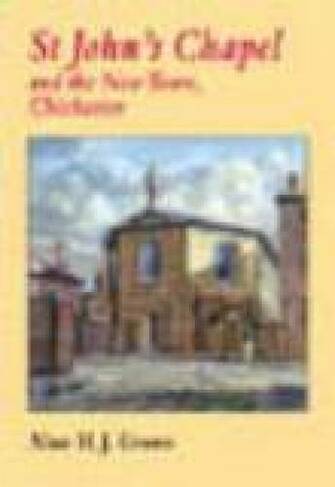 St John's Chapel, in Chichester, is a rare survivor ... a Georgian proprietary chapel which has largely escaped the attentions of modernisers. By the noted architect James Elmes, it is listed Grade I and, no ordinary place of worship, it was built and run as a commercial venture. Although firmly part of the Church of England, it had no parish to fund it and its trustees had to pay dividends to the shareholders as well as the minister's salary. Investors included John Marsh, that most prolific Georgian composer, who was also chapel warden until his death. Keeping the `business' afloat up to its closure in 1973 proved to be a constant struggle, as this very entertaining new narrative account reveals. The Black Friars' Friary had occupied an important site in the south-east of the city which became the grounds of a large mansion house. In the early 19th century it came into the possession of Major General John Gustavus Crosbie, who also owned much land to the south of Chichester and was a promoter of the Chichester Canal. In 1808 he put up the entire Black Friars site for sale by auction, intending to create a New Town of grand houses for the professional classes. To this end he put restrictive covenants in the deeds, forbidding `unpleasant trades'. The New Town provided the ideal site for St John's and many invested in both projects. Now, Alan Green has provided the first account of the history of this part of Chichester. His important new book is detailed, comprehensive and impeccably researched. He tells the entire story of the New Town and of St John's; including architecture, construction, intrigues, personalities and the trustees' perpetual battle to keep the chapel open. He explores and explains not only the people who came to live there but also the various businesses, including the Corn Exchange, which, despite Crosbie's covenants, managed to become established in Newtown.

Alan Green was born in Newtown and as a boy he attended both services and Sunday school at St. John's. He lectures widely on Georgian subjects, has staged the Georgian sections of exhibitions at Chichester District Museum, and every year leads "A walk around Georgian Chichester" during the city's festivities. Most of all he has long researched the history of his native Newtown and its remarkable chapel.