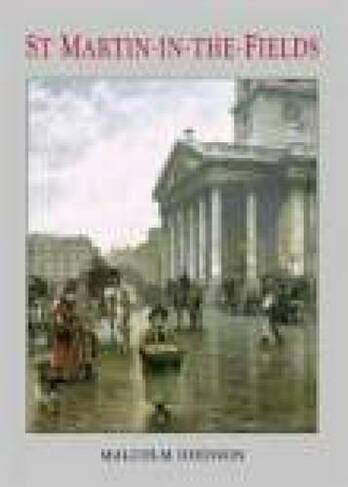 St Martin's has a long history stretching back more than eight hundred years - during which its life has rarely been dull. A place of prayer and of action, which Simon Jenkins recently described as ... `England's most loved, most photographed and most imitated church'. Its clergy and congregation have always been interesting and often eccentric (two vicars became archbishops and two went to prison) and the author describes them with humour, and, as the Bishop of London says in his Foreword, `relish and reasonable discretion'. In the first World War, Dick Sheppard, the vicar, opened the crypt so that troops returning from the trenches might find a place to eat and rest. This tradition of hospitality continues as the Connection at St Martin's welcomes 250 homeless people of all ages every weekday. Since the days when Handel played the Sunday voluntaries on the organ, there has always been a fine musical tradition and six concerts are now held each week. The world famous Academy of St Martin in the Fields, founded in 1958 by Sir Neville Marriner and the church organist, John Churchill, has gone from strength to strength as the author describes in detail in his very readable narrative. St Martin's is the parish church of London and, after 80 years of broadcasting, has also become the parish church of the Commonwealth, visited by thousands of tourists every year. Gibbs' historic building, consecrated in 1726, has survived with remarkably little alteration; but in 2005 the most exciting and ambitious development in St Martin's long history will begin when, without altering the exterior, today's unique mix of church, care and commerce will be given rooms and spaces fit for the 21st century. This well-researched and well-written full history of the church - the first to appear since 1916 - will be warmly welcomed well beyond London and, indeed, beyond.