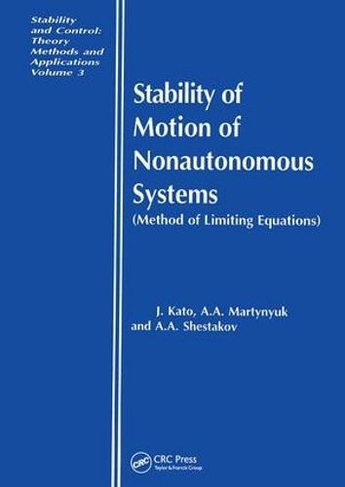 Also available on eBook for £146.27. Click here to purchase from Rakuten Kobo

Continuing the strong tradition of functional analysis and stability theory for differential and integral equations already established by the previous volumes in this series, this innovative monograph considers in detail the method of limiting equations constructed in terms of the Bebutov-Miller-Sell concept, the method of comparison, and Lyapunov's direct method based on scalar, vector and matrix functions. The stability of abstract compacted and uniform dynamic processes, dispersed systems and evolutionary equations in Banach space are also discussed. For the first time, the method first employed by Krylov and Bogolubov in their investigations of oscillations in almost linear systems is applied to a new field: that of the stability problem of systems with small parameters. This important development should facilitate the solution of engineering problems in such areas as orbiting satellites, rocket motion, high-speed vehicles, power grids, and nuclear reactors.