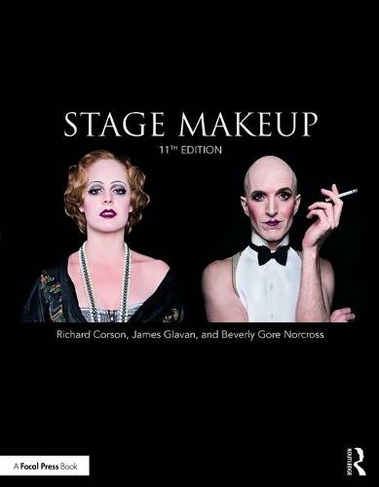 Also available on eBook for £47.63. Click here to purchase from Rakuten Kobo

Widely referred to as the "bible of stage makeup," the timely revision of this classic text addresses principles and techniques in the use of makeup for the contemporary performer. This extensive exploration of the application and use of stage makeup and makeup for a variety of performance venues covers all aspects in detail and contains over 1000 photographs, drawings, and diagrams demonstrating step-by-step procedures. Thoroughly updated and revised, this classic text remains accurate and comprehensive, providing information from which all readers - whether students new to the field or seasoned, professional makeup artists - will benefit. New to this edition: Updated full-color photography throughout Expanded information on makeup design and application 48 new step-by-step instructions in color Expanded chapter on modeling with highlights and shadows New chapter on cross-gender makeup New instruction on making dentures, noses, and face casting New instructions for creating zombies, animals, aging effects, and trauma Expanded information on makeup for television and film Up-to-date information on Special Effects makeup Up-to-date information on prosthetic makeup Updated chapters on facial hair and wigs Updated resources for products, advanced training, and health and safety 12 Line drawings, black and white; 1568 Halftones, color; 97 Halftones, black and white; 1568 Illustrations, color; 109 Illustrations, black and white

Richard Corson (late) was the author of several fashion and makeup books. He taught courses in theatrical makeup in several colleges across the United States. In 1972 he received the Founders Award (International Thespian Society) "in recognition of distinguished contributions to theatre and youth." His name is perhaps the most well-recognized in the industry.James Glavan is Professor of Costume Technology and Makeup at the University of Texas at Austin. He has worked at many of the great opera, ballet, and theatre companies in the US, including the Santa Fe Opera, Seattle Opera, Minnesota Opera, Boston Opera, the Gunthrie Theatre, Hartford Stage, and the Hartford Ballet. For many years he worked as a puppet builder at Jim Henson Productions, Inc. in New York. Internationally, he has taught costume, makeup, and animatronics in Taipei, Taiwan; Hong Kong; San Jose, Costa Rica; Shanghai, China; Medellin, Colombia; and Moscow, Russia.Beverly Gore Norcross received her MFA in Costume Design from California State University, Fullerton. She freelanced in Los Angeles with IATSE Locals 705 and 768. Her academic posts have included Purdue University, San Joaquin Delta College and California State University, Fullerton. She has won a Daytime Emmy Certificate, American College Theatre Festival Award, and an Elly Award. Beverly is currently at Western Nevada College, IATSE Local 363, and her studio BelleVue Designs.