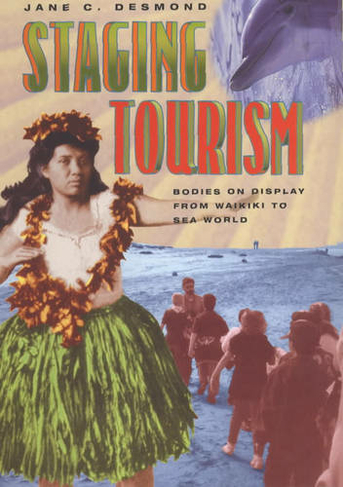 From Shamu the dancing whale at Sea World to Hawaiian lu'au shows, this book analyzes issues of performance in a wide range of tourist venues. Jane C. Desmond argues that the public display of bodies - how they look, what they do, where they do it, who watches and under what conditions - is profoundly important in structuring identity categories of race, gender and cultural affiliation. These fantastic spectacles of corporeality form the basis of hugely profitable tourist industries, which in turn form crucial arenas of public culture where embodied notions of identity are sold, enacted and debated. Gathering together written accounts, postcards, photographs, advertisements, films and oral histories, as well as her own interpretations of these displays, Desmond provides an account of US tourism in Waikiki from 1900 to the present. She then juxtaposes cultural tourism with "animal tourism" in the United States, which takes place at zoos, aquariums and animal theme parks. In each case, Desmond argues, the relationship between the viewer and the viewed is ultimately based on concepts of physical difference harking back to the 19th century. 51 halftones

Jane C. Desmond is professor of anthropology and gender and women's studies at the University of Illinois at Urbana-Champaign.