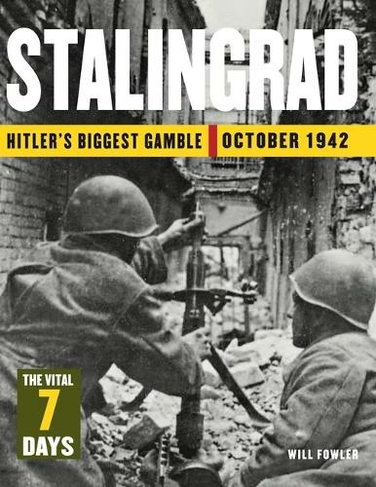 In early October 1942 the German Sixth Army realised that it had one last chance to break through the Soviet lines and capture Stalingrad before exhaustion and the Russian winter set in. Stalingrad examines this last attempt by the Germans to win Stalingrad and how the Red Army managed to cling on against the odds, marking the turning point of the war on the Eastern Front. Beginning with the background to Stalingrad, the book shows how initially the Germans made progress against the city's defenders, but failed to break them. By 14 October 1942 the German Army was ready to make its third, final assault on the Soviet 62nd Army. Hitler issued an order halting all other offensive operations on the Eastern Front: Stalingrad was to be the battle that determined whether the Germans could maintain their position in the East. Victory would give Germany access to natural resources, while defeat would demoralise the Wehrmacht. With first-hand accounts from both sides, vivid photographs, and specially commissioned maps of the combat zones, Stalingrad is a comprehensive examination of the decisive failure of the German assault that ultimately decided the course of the war in the East. 132 photos, artworks and maps; 132 Illustrations, unspecified

Will Fowler has worked in journalism and publishing since 1972, specialising in military history. He is the author of several books on the subject.