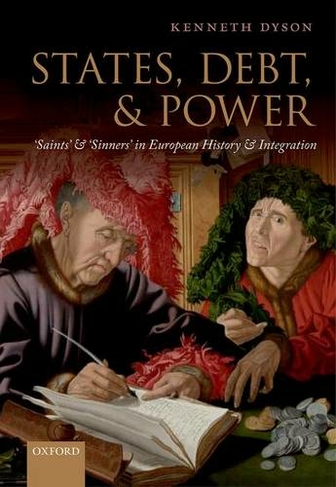 States, Debt, and Power 'Saints' and 'Sinners' in European History and Integration

States, Debt, and Power argues for the importance of situating our contextually influenced thinking about European states and debt within a commitment to historically informed and critical analysis. It teases out certain broad historical patterns. The book also examines the inescapably difficult and contentious judgements about 'bad' and 'good' debt; about what constitutes sustainable debt; and about distributive justice at times of sovereign debt crisis. These judgements offer insight into the nature of power and the contingent nature of sovereign creditworthiness. Three themes weave through the book: the significance of creditor-debtor state relations in defining asymmetry of power; the context-specific and constructed character of debt, above all in relation to war; and the limitations of formal economic reasoning in the face of radical uncertainty. Part I examines case studies from Ancient Greece to the modern Euro Area and brings together a wealth of historical data that cast fresh light on how sovereign debt problems are debated and addressed. Part II looks at the conditioning and constraining framework of law, culture, and ideology and their relationship to the use of policy instruments. Part III shows how the problems of matching the assumption of liability with the exercise of control are rooted in external trade and financial imbalances and external debt; in financial markets and vulnerability to banking crisis; in the character of the 'private governance of public debt'; in who has power over indicators of sustainability; in domestic institutional and political arrangements; and in sub-national fiscal governance. Part IV looks at how the problems of mismatch between liability and control take on an acute form within the historical context of European monetary union, above all in Euro Area debt crises.

Kenneth Dyson is a Fellow of the British Academy; an Academician of the Social Sciences; a Founding Fellow of the Learned Society of Wales; a Fellow of the Royal Historical Society; and a Fellow of the Royal Society of Arts. He was twice chair of the Research Assessment Exercise Panel for European Studies; chair of the Association for the Study of German Politics, as well as of the Standing Conference of Heads of European Studies. He has held various British Academy,ESRC, and EU research grants. He was adviser for the BBC2 series 'The Money Changers'. He is Research Professor in the School of Law and Politics at Cardiff University.