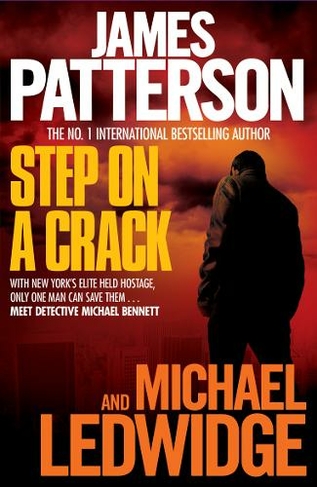 Step on a Crack

The scene is set for a huge funeral in St Patrick's Cathedral in New York. The rich and the famous from all over America - and beyond - have arrived to honour a former First Lady after her sudden, unexpected death. Then follows an attack that was three years in the planning. Hostages are taken - the ex-President among them - ransoms demanded, a couple of hostages shot to show the kidnappers mean business. It's all brilliantly and chillingly co-ordinated, and Michael Bennett, the detective in charge of the case, knows it will be his biggest ever challenge.

James Patterson is one of the best-known and biggest-selling writers of all time. Since winning the Edgar (TM) Award for Best First Novel with The Thomas Berryman Number, his books have sold in excess of 300 million copies worldwide and he has been the most borrowed author in UK libraries for the past eight years in a row. He is the author of some of the most popular series of the past two decades - the Alex Cross, Women's Murder Club, Detective Michael Bennett and Private novels - and he has written many other number one bestsellers including romance novels and stand-alone thrillers. He lives in Florida with his wife and son. James is passionate about encouraging children to read. Inspired by his own son who was a reluctant reader, he also writes a range of books specifically for young readers. James is a founding partner of Booktrust's Children's Reading Fund in the UK. Michael Ledwidge is the author of The Narrowback, Bad Connection, and most recently the coauthor, with James Patterson, of The Quickie, Step on a Crack, and Worst Case. He has coauthored several New York Times bestsellers.