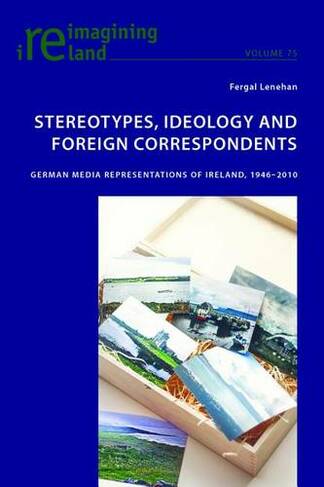 This book examines German media representations of Ireland from 1946 to 2010, from the post-war period to the years of the so-called "Celtic Tiger" and Ireland's subsequent economic downturn. It charts both the patterns and the inconsistencies in depictions of Ireland in the weekly publications Der Spiegel and Die Zeit, as well as in German cinema. Cultural stereotypes may be employed in the furthering of a problematic cultural essentialism; however, they may also be used to "play" with readers' or viewers' expectations. They may be juxtaposed with newer cultural generalizations, or re-moulded to fit a transformed cultural reality. The representations of Ireland examined in this book are revealed as inherently ideological, consistently locating Ireland outside of an evolving European societal "normalcy". While this is often presented as something highly positive, the book argues that it implicitly places Germany at the centre of Europe and may be viewed as a type of excluding Europeanism.