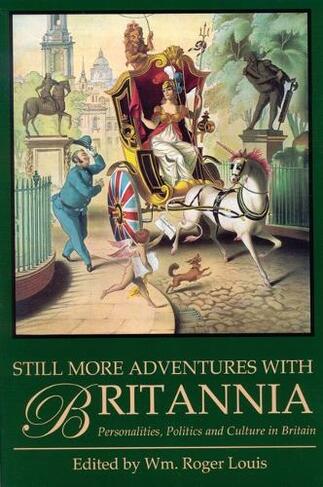 Historian William Roger Louis here brings together the interpretations of various writers on the literature, politics and history of modern Britain. The book deals with a rich variety of themes, some familiar, many unexpected, taking the reader on an excursion through British life and intellectual biography. Its scope covers not only the personalities, politics and culture of England, Wales, Scotland and Ireland, but also the interaction of British society with other societies throughout the world. The topics and contributors include Noel Annan on Bloomsbury and Keynes, Ben Pimlott on the art of writing biography, Ferdinand Mount on contemporary Britain, David Butler on British elections, Dan Jacobson on David Irving and Holocaust denial, Keith Kyle on the Suez Crisis, Adam Roberts on Britain and the UN, F.M. Leventhal on America's view of Britain, Shula Marks on the Boer War and Smuts. Other chapters explore the lives and works of Isaiah Berlin, Harold Nicolson, Joseph Chamberlain, David Lloyd George, Keir Hardie, Siegfried Sassoon and Edward Elgar.

Wm. Roger Louis is a Fellow of St. Antony's College, Oxford, and Kerr Professor of English History and Cultures at the University of Texas at Austin. His books include Imperialism at Bay and The British Empire in the Middle East. He is editor in chief of the Oxford History of the British Empire.