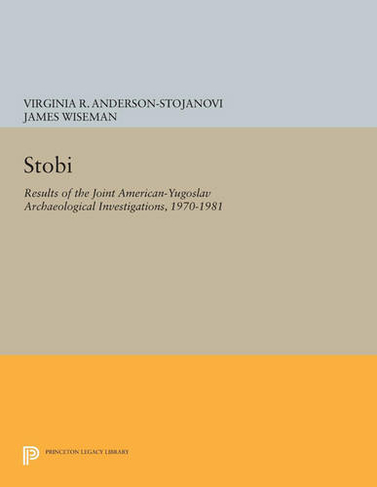 This book inaugurates a series of volumes that will present the results of more than twenty years of research by a team of American and Yugoslav scholars at Stobi, an ancient city of northern Macedonia. The research was multidisciplinary, and methodological innovations augmented more traditional methodologies of archaeological, historical, and art historical research. The series illuminates numerous aspects of urban life at Stobi, which spanned some nine centuries, from the early Hellenistic period until the end of the sixth century A.D. This first volume of the series is also the first comprehensive study of Hellenistic and Roman pottery in Macedonia. Its detailed presentation of the types and quantities of imported wares and local products together with a series of well-dated contexts documents the economic history of Stobi as well as the broader region of Macedonia. It will interest social and economic historians, as well as archaeologists and pottery specialists. Originally published in 1992. The Princeton Legacy Library uses the latest print-on-demand technology to again make available previously out-of-print books from the distinguished backlist of Princeton University Press. These editions preserve the original texts of these important books while presenting them in durable paperback and hardcover editions. The goal of the Princeton Legacy Library is to vastly increase access to the rich scholarly heritage found in the thousands of books published by Princeton University Press since its founding in 1905.