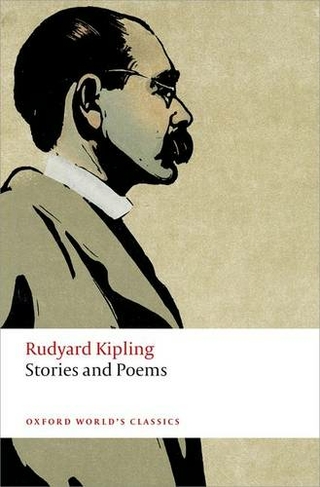 'Hear and attend and listen...' Rudyard Kipling is a supreme master of the short story in English and a poet of brilliant gifts. His energy and inventiveness poured themselves into every kind of tale, from the bleakest of fables to the richest of comedies, and he illuminated every aspect of human behaviour, of which he was a fascinated (and sometimes appalled) observer. This generous selection of stories and poems, first published in the acclaimed Oxford Authors series, covers the full range of Kipling's career from the youthful volumes that brought him fame as the chronicler of British India, to the bittersweet fruits of age and bereavement in the aftermath of the First World War. It includes stories such as 'The Man who would be King', 'Mrs Bathurst', and 'Mary Postgate', and poems from Barrack-Room Ballads and other collections. In his introduction and notes Daniel Karlin addresses the controversial political engagement of Kipling's art, and the sources of its imaginative power. 1 map; 3 black and white

Daniel Karlin has taught at University College London, Boston University and the University Sheffield before taking up his current post at the University of Bristol. He has published widely in Victorian literature, including editions of Robert Browning and books including Browning's Hatreds , Proust's English, and The Figure of the Singer. He has edited FitzGerald'sRubaiyat of Omar Khayyam for Oxford World'sClassics.