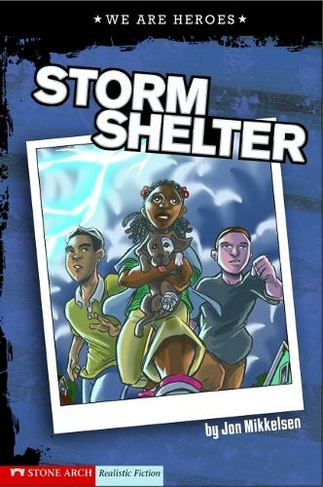 After a tornado, Nathan, Ben, and Alison find a stray dog stranded in a tree. The dog is hurt, and none of them know anything about dogs. The three friends hope they'll be able to save the lonely dog. But is someone else out to trap the missing mutt?

Jon Mikkelsen has written dozens of plays for kids, which have involved aliens, superheroes, and more aliens. He acts on stage and loves performing in front of an audience. Jon also loves sushi, cheeseburgers, and pizza. He loves to travel, and has visited Moscow, Berlin, London, and Amsterdam. He lives in Minneapolis and has a cat named Coco, who does not pay rent. Nathan Lueth has been a freelance illustrator since 2004. He graduated from the Minneapolis College of Art and Design in 2004, and has done work for companies like Target, General Mills, and Wreked Records. Nathan was a 2008 finalist in Tokyopop's Rising Stars of Manga contest. He lives in Minneapolis, Minnesota.