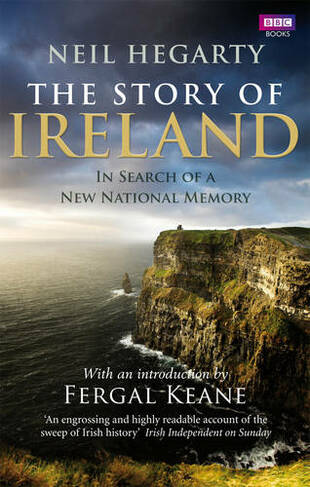 Neil Hegarty's bestselling history of Ireland is a story crowded with the drama of complex characters, shifting allegiances and changing identities. Revisiting the major turning points in the Irish story, Hegarty looks not only at the dynamics of what happened in Ireland, but also at the role of events abroad. With a new afterword that covers the dramatic events of 2011 - including the multi-billion-euro international bailout of Ireland's economy, Fianna Fail's electoral meltdown, and the first ever visit by a British sovereign to the Irish Republic - Story of Ireland is the history of a country shaped by and helping shape the world around it. Accompanying a landmark series coproduced by the BBC and RTE, and with an introduction by series presenter, Fergal Keane, Story of Ireland is an epic account of Ireland's history for an entire new generation.

Neil Hegarty was born in Derry in 1970. He is the author of Dublin: A View from the Ground. His short fiction and essays have been published widely and his journalism has appeared in the Irish Times and Daily Telegraph. His radio play, The Story of Peggy Mountain, was shortlisted for RTE's P J O'Connor Award; and he has written radio documentaries on the Irish diaspora in Newfoundland and Argentina. Fergal Keane OBE was born in London and educated in Ireland. He is one of the BBC's most distinguished correspondents, having worked for the corporation in Northern Ireland, South Africa, Asia and the Balkans and awarded a BAFTA. His books include All of the These People: A Memoir, Season of Blood: A Rwandan Journey, and Letters to Daniel.