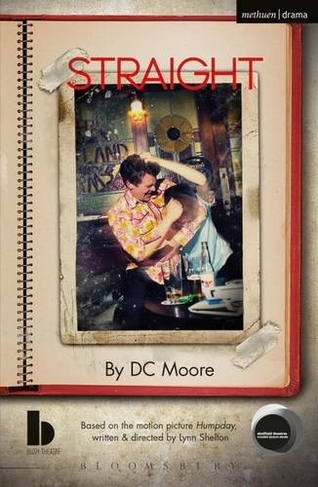 Based on the motion picture Humpday (written & directed in 2009 by Lynn Shelton), Straight is a razor-sharp new comedy from acclaimed writer D. C. Moore about male friendship, sexuality and how the two things can be blurred more easily than one might think . . . Lewis and Waldorf were inseparable at university. Ten years on and a lot has changed. In the middle of a drunken night out, they make a bet that will take their friendship to whole new level. You'll never look at your best friend in the same way again . . . Adapted for the stage by award-winning writer D. C. Moore, author of Town, Honest, Alaska, and The Empire (all published by Methuen Drama) Straight premieres in the Crucible Lyceum Studio, directed by Richard Wilson.

D. C. Moore was born in 1980 in Duston, Northamptonshire. He took part in the Royal Court's Young Writer's Programme and his first full length play Alaska was produced there in 2007. In 2008 Alaska was awarded the Tom Erhardt Award for promising new playwright by the Peggy Ramsey Foundation. Moore's other plays include The Empire (2010), Honest (2010), Town (2010), and The Swan (2011). He was nominated for the 2010 Evening Standard Award for Most Promising Playwright, while The Empire won the 2010 TMA Award for Best Touring Production.