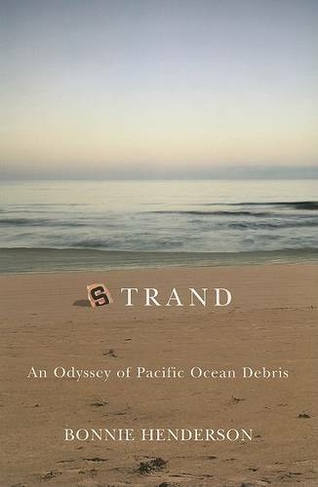 In Strand, travel writer and amateur naturalist Bonnie Henderson traces the stories of wrack washed up on the mile-long stretch of Oregon beach she has walked regularly for more than a decade. Henderson's writing conveys both a keen attention to the specifics of place and an expansive field of vision. The burned hull of a long-abandoned fishing boat, a glass fishing float, the egg case of a skate, a beached minke whale, an unusual number of dead murres, and an athletic shoe are the starting points for essays that reach across the globe. Henderson takes readers from Coos Bay, Oregon, to Vancouver, B.C.; from the currents circulating through the North Pacific to the Eastern Garbage Patch? between Hawaii and California; from China's Shenzhen Special Economic Zone to fishing villages on the coast of Hokkaido, Japan.As Henderson uncovers these odysseys, she meditates on current issues, events, and phenomenaoil spills, the proliferation of ocean debris, international trade, the evolution of sharks, and the survival prospects of whales. The characters that emerge range from the world's leading minke whale researchers to the crew of a Coast Guard airbase to a small-town salvager of wrecked fishing boats, glued to the radio and praying for disaster. Strand offers a thoughtful look at the surprisingly far-ranging journeys of what washes up on our Pacific shores. illustrations