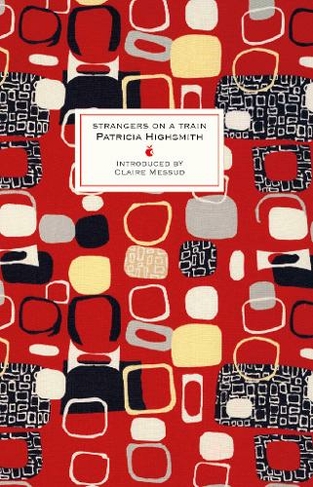 The classic thriller behind the Hitchcock film, and Highsmith's first novel - soon to be remade by David Fincher, director of Gone Girl, with a screenplay by Gillian Flynn. The psychologists would call it folie a deux . . . 'Bruno slammed his palms together. "Hey! Cheeses, what an idea! I kill your wife and you kill my father! We meet on a train, see, and nobody knows we know each other! Perfect alibis! Catch?''' From this moment, almost against his conscious will, Guy Haines is trapped in a nightmare of shared guilt and an insidious merging of personalities. 'The No.1 Greatest Crime Writer' The Times

Patricia Highsmith (1921-1995) was born in Fort Worth, Texas, and moved to New York when she was six. In her senior year she edited the college magazine, having decided at the age of sixteen to become a writer. Her first novel, Strangers on a Train, was made into a classic film by Alfred Hitchcock in 1951. The Talented Mr Ripley, published in 1955, introduced the fascinating anti-hero Tom Ripley, and was made into an Oscar-winning film in 1999 by Anthony Minghella. Graham Greene called Patricia Highsmith 'the poet of apprehension', saying that she 'created a world of her own - a world claustrophobic and irrational which we enter each time with a sense of personal danger' and The Times named her no.1 in their list of the greatest ever crime writers. Patricia Highsmith died in Locarno, Switzerland, in February 1995. Her last novel, Small g: A Summer Idyll, was published posthumously, the same year. Claire Messud is a recipient of Guggenheim and Radcliffe Fellowships and the Strauss Living Award from the American Academy of Arts and Letters. The author of five other works of fiction including, most recently, The Burning Girl, she lives in Cambridge, Massachusetts, with her family.