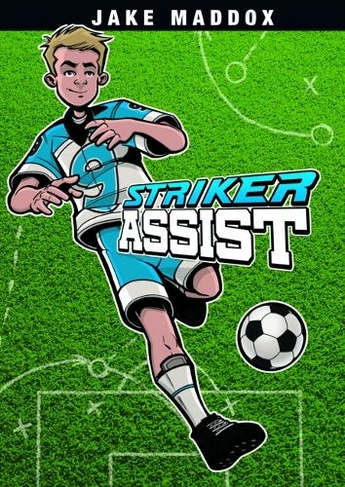 Jax, a striker, is the star of his football team. But when he moves up a level and joins a new team, he has a hard time following directions and trusting his team. For someone who's been playing football for years, Jax has a lot to learn about teamwork.

Scott R. Welvaert lives in Chaska, Minnesota, with his wife and two daughters. He has written many children's books. Most recently, he has written about Helen Keller, the Donner Party, and Thomas Edison. Scott enjoys reading and writing poetry and stories. He also enjoys playing video games and watching the Star Wars movies with his children. Sean Tiffany has worked as an illustrator for more than twenty-five years. He has illustrated more than sixty children's books for Capstone and has been an instructor at the famed Joe Kubert School in northern New Jersey. He mixes his love of comics, art, and rock and roll in the multimedia project OilCan Drive. Raised on a small island off the coast of Maine, Sean now resides in Boulder, Colorado with his wife, Monika, their son, James, and a house full of entirely too many guitars.