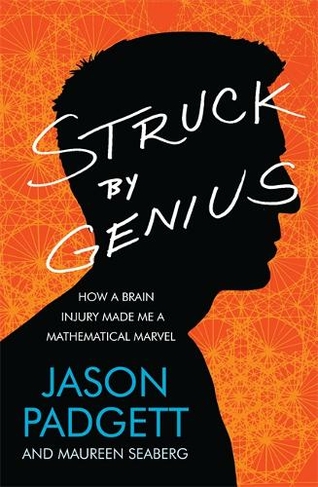 Struck by Genius: How a Brain Injury Made Me a Mathematical Marvel

Jason Padgett was an ordinary, not terribly bright, 41-year-old working in his father's furniture shop when he was the victim of a brutal mugging outside a karaoke bar in 2002. That same night his stepfather died of cancer, and two weeks later his only brother went missing (his body was discovered three year later). The combined traumas of these three events proved, unsurprisingly, too much for Jason and he withdrew from life completely, living as a hermit for four years suffering with agoraphobia and the onset of OCD. During this time he developed a fascination with the principles of the physical universe, devouring mathematics and physics journals. He also started to see intricate webs of shapes in his head and discovered that he could draw these by hand. A chance encounter in a mall pointed him in the direction of college. There, his extraordinary mind was recognised, and he was set on a path in which his drawings were identified as mathematical fractals and neuroscientists were able to diagnose a unique individual. Jason is a miraculous everyman with an inspiring 'what if' story that pushes beyond the boundaries of what scientists thought possible.

Jason Padgett (Author) Jason Padgett had struggled as a student and has spent his professional life working at his father's shop, Planet Futon. Following a mugging outside a bar in 2002 he became agoraphobic and during that time at home he developed an unprecedented passion for learning. A chance encounter in a mall with a university physicist encouraged him to return to college where his genius is discovered, particularly his unique ability to hand draw mathematical fractals. He has Acquired Savant Syndrome and synesthesia and is believed to be unique.Maureen Seaberg (Author) Maureen Seaberg is a science journalist, and as a synesthete herself focuses on writing about synesthesia. She met Jason as a result of Google alert on the subject and introduced him to the neuroscientist that diagnosed his condition.