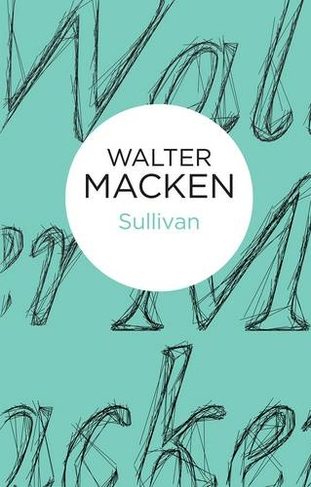 Sullivan was a born actor. Blessed and cursed with the artist's gifts and temperament in full measure, he could hold an audience, or a woman's heart, in the palm of his hand. From a boyhood stuffed with multi-coloured dreams to defy Galway's slums, through fit-ups and fairs in the Irish countryside, to struggle and renown in Dublin, London and New York, his crowded, generous journey was rich in comedies, disappointments and surprises. Success was as capricious as the seasons. But when it came, was it enough? Could it replace the one girl who had learnt always to expect the unexpected from Sullivan . . . ?

Walter Macken was born in Galway in 1915. He was a writer of short stories, novels and plays. Originally an actor, principally with the Taibhdhearc in Galway, and The Abbey Theatre, he played lead roles on Broadway in M. J. Molloy's The King of Friday's Men and his own play Home Is the Hero. He also acted in films, notably in Arthur Dreifuss' adaptation of Brendan Behan's The Quare Fellow. He is perhaps best known for his trilogy of Irish historical novels Seek the Fair Land, The Silent People and The Scorching Wind. He passed away in 1967.