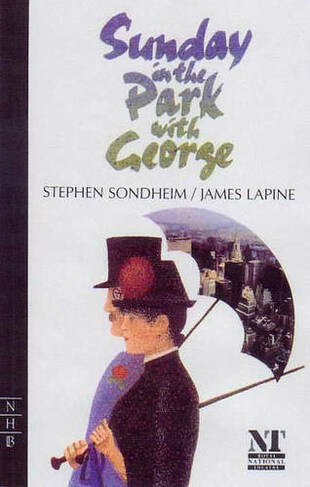 Sunday in the Park with George: (New edition)

Re-issued alongside rare revival of Sondheim's famous musical about the French Impressionist, Georges Seurat, starring Olivier Award-winning Daniel Evans. First staged on Broadway in 1984 and at the National Theatre in London in 1990, "Sunday in the Park with George" is an extraordinary creation even for Sondheim. Inspired by Seurat's pointillist masterpiece, "A Sunday Afternoon on the Island of La Grande Jatte" (which is reproduced in the book), the musical brings both Seurat and the painting to life on stage. In the second half, over a century later, Seurat's great-grandson is wrestling with the same obsession: that art comes before love, before everything. This volume contains the complete book and lyrics as well as a 50-page introduction detailing the making of the musical plus an interview with Sondheim plus "The New York Times" review in which Frank Rich called it: "audacious, haunting and...touching...The first truly modernist work of musical theatre that Broadway has ever produced". "Sunday in the Park with George" is re-issued alongside the first major revival since the premiere, starring Daniel Evans, who won an Oliver Award for another "Sondheim: Merrily We Roll Along".

Stephen Sondheim made his name writing the lyrics of West Side Story and Gypsy, before going on to create Company, Follies, A Little Night Music, Pacific Overtures, Sweeney Todd, Sunday in the Park with George, Into the Woods, Assassins and Passion. His A Funny Thing Happened on the Way to the Forum was the big hit at the National Theatre last summer.