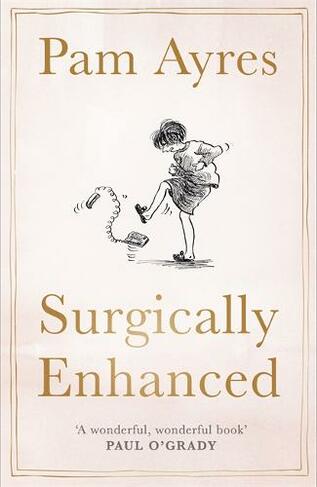 By Pam Ayres (Author)
Hardback
https://www.whsmith.co.uk/products/surgically-enhanced-gift-edition/pam-ayres/hardback/9781529378320-12-000.html £11.99 rrp £14.99 Save £3.00 (20%)
GBP
Availability
In Stock
Free Delivery Available When You Spend £25 Or More
Details
Spend £25 on eligible products to receive free standard delivery to home or free next working day click and collect to store
Share

This new gift edition is a must-have for Pam's many fans - and for anyone who enjoys beautifully crafted stories and poems to make you laugh and make you think. Pam Ayres is one of our most widely-adored poets throughout the world and is nothing less than a national treasure. Her work is popular with fans of all ages, and her wry observations on the peculiarities of modern life will raise a smile from even the most hardened cynic. B/W line drawings

It's over 30 years since Pam first appeared on the TV talent show 'Opportunity Knocks', and since then her comic poems have contributed enormously to the wider appeal today of all forms of poetry. Many of Pam's poems feature in anthologies used in schools around the world. She's been a regular on TV and Radio over the years - on BBC Radio 2 with her own series, The Comedy Quiz, Pam Ayres' Sunday Afternoon and Pam Ayres' Open Road, and on Radio 4 in Just A Minute, That Reminds Me, The Right Time, Wireless Wise, and her own recent Radio 4 series Ayres On The Air. She was awarded the MBE in the Queen's Birthday Honours of 2004.